The government debt has become so massive, it will exceed the entire size of the economy by the end of next year. Additionally, the national budget deficit is expected to hit record highs, also pushing the economy into another, more intricate collapse, and consequently, spreading fear on the stock markets that will unavoidably experience a crash.
This scenario corroborates with the assertion that the US economic collapse has just begun. For that reason, in this video, we discuss how the huge national debt and the budget deficit will lead us to a catastrophic path of financial and economic depression, and we present to you a report that shows regardless of who’s the winner of the elections, the national debt bubble will explode in any way.
Recently, the national debt surpassed $27 trillion, about three months ago, the debt was standing at $24 million. It took the nation 210 years to run the National Debt up to $2 trillion. It took exactly 2 months and 2 days to add the most recent $2 trillion. At the same time, the federal government set a new record for the biggest budget deficit in any fiscal year.
The federal response to the health crisis was the main catalyst for the massive spike in the budget deficit. For Fiscal Year 2020 the budget deficit will be at least $3.7 trillion, or 17.9% of projected GDP, and it could reach even larger levels in face of a second surge of infection cases. This figure is more than three times as much as the 2019 default and more than double the levels seen after the market collapse and Great Recession of 2008-09.
The expansion of the deficit will boost the federal debt to exceed annual gross domestic product next year, to levels last witnessed following World War II. However, when debt levels exploded as a consequence of the enormous borrowing to finance the WW2 effort, those levels swiftly declined during the postwar boom.
Right now, we won’t see these levels receding any sooner, since the federal spending tendency is to create more debt. In fact, behind the facade President Trump called “the greatest economy in the history of America”, the federal government was already engaged in fiscal stimulus.
Even before the outbreak has arrived in America, the deficit featured numbers you would expect to see during a massive economic slowdown. The federal response to it, just put spending and debt in hyperdrive.
As we approach the November 3rd elections, a report warns that despite who wins, the spending trend will continue and, in both scenarios, the national debt will likely explode. The report outlines that under current law, trillion-dollar annual budget deficits will become the new normal.
If things were bad before, from now on they’re only getting worse, because after analyzing the spending and tax proposals from both candidates, the organization discovered that in either case, economic prospects will be bleak. The difference between both agendas is derisive and the main discrepancy would be defined by how the two candidates would manage to arrive at these deficits.
What our leaders are failing to do is to help to end the health crisis and effectively rescuing the economy, addressing these unsustainable long-term deficits. But by taking advantage of the current monetary policy, debt levels won’t cease to grow. The administration has the responsibility to balance its spending not to put the financial markets rebound at the expense of people’s lives.
If government officials aren’t held accountable for their decisions, their tendency is to always enact fiscally reckless policies. By looking at both spending proposals, we can clearly see that we can’t rely on Team Red or Team Blue to save the day. What many may not understand is that the national debt is not only a federal problem. We are the ones who are going to pay for it.
It means we will be seeing these massive numbers translated into higher taxes and massive inflation, as a result, less income, higher prices, and more bills to pay. Politicians will not lead us out of the current fiscal calamity they have put us into. Instead, they will use our economic illiteracy to keep us into a loop where we endlessly jump from an economic rock bottom to the next.

The Broken Economy Leaving Millions Without A Job! Economic Crisis or Opportunity?

UNREAL! Vermont Governor Has a Very ‘Orwellian’ Requirement of Schools After Thanksgiving 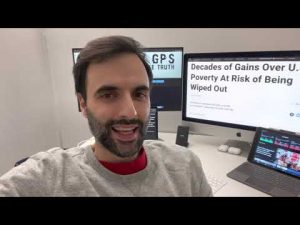 The Broken Economy Leaving Millions Without A Job! Economic Crisis or Opportunity? 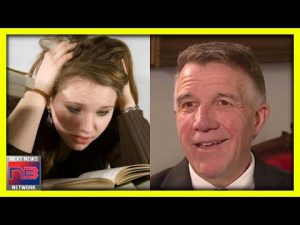 UNREAL! Vermont Governor Has a Very ‘Orwellian’ Requirement of Schools After Thanksgiving