Deutsche Bank Goes Apocalyptic: Inflation Is Exploding And Lead To An Economic Collapse! Be Ready!

Everyone seems to be extremely worried about the crushing levels of inflation that have exploded around the world over the past year. But in a recent must-read report, written by Deutsche Bank’s global head of research David Folkerts-Landau, and co-authored by Peter Hooper and Jim Reid, the experts have shared an apocalyptic forecast and explained why the worst is yet to come. The report titled “Inflation: The defining macro story of this decade” highlights how the US has seen the biggest shift in macro policies in nearly 40 years. The extraordinary spending policies are expanding the cracks of our economic system, which is now at risk to fall apart completely. “The effects of this shift are being compounded by political turmoil in the US and deeply worrying geopolitical risks,” they wrote, revealing that “in turn, we are concerned that it will bring about uncomfortable levels of inflation”.
In a very short time span, these unconventional policies were put into place to allegedly prevent the economy from sliding into a devastating depression, but these measures had very little success in actually boosting growth. The Deutsche Bank researchers argued that although a tighter social safety net is needed for the economic growth of our population and our country, the administration’s efforts to actually achieve a more balanced distribution of economic and political power between the corporate sector, labor, and the consumer seem quite ineffective because even though the government is seemingly moving towards different priorities, central bankers must prioritize inflation.
In a few short months, the U.S. national debt soared to levels unimaginable a decade ago, largely surpassing red-line levels of 100% of GDP. But up until now, it appears that policymakers are not seriously concerned about debt sustainability in the long run, and how it will affect investors, governments, or international institutions. The same goes for inflation, as the majority of central bankers and economists keep insisting that any rise in prices away from the historically low levels of the past decade will be “transitory”, relying on the assumption that baseline effects, one-offs, and structural forces will continue to suppress prices.
As the United States moves towards looser positions regarding inflation levels, and the entire world follows the same path, we are about to witness the most significant shift in global macro policy of the past 40 years. And that’s incredibly concerning since at this point fiscal injections are already off the charts. “Never before have we seen such coordinated expansionary fiscal and monetary policy. This will continue as output moves above potential. This is why this time is different for inflation. Even if some of the transitory inflation ebbs away, we believe price growth will regain significant momentum as the economy overheats in 2022. Yet we worry that in its new inflation averaging framework, the Fed will be too slow to damp the rising inflation pressures effectively,” the experts warned.
As a result of the Fed’s delay in assessing the tricky effects of inflation, Deutsche Bank forecasts that there will be huge disruptions of economic and financial activity in the coming months, and this will trigger “a significant recession and set off a chain of financial distress around the world”. The bank’s apocalyptic projection takes into consideration historical data that proves the Fed was not successful in achieving a ‘soft landing’ when introducing a monetary tightening when inflation has been above 4%. That’s why the researchers emphasized that “policymakers are about to enter a far more difficult world than they have seen for several decades.”
In conclusion, Folkerts-Landau, Hooper, and Reid exposed they worry runaway inflation will make a comeback. The last time our economy was threatened by such painful levels of inflation was in the 70s – a period marked by severe shortages, high unemployment levels, and soaring prices. Even though pursuing social goals is a form of strengthening the economic foundations of any economy, but doing so by “neglecting inflation leaves global economies sitting on a time bomb,” the experts concluded.
In short, this means that this new shift in macro policy is actually having the opposite effect when it comes to supporting social goals. Unfortunately, when we hit the stage of unsustainable inflation levels, central banks will become so overwhelmed with the imbalances of their policies that policymakers will have to suspend all social programs that actually provide a safety net for those in need. They won’t be able to come to bail us out. We will witness a calamitous uptick in poverty and unemployment rates, as well as even more severe shortages, and even higher price increases. Americans are about to face the most challenging years in history. And the collapse has just begun.

THIS Mega Corporation Spent Billions To Become Your Landlord! Prices Are Skyrocketing

What to expect from Britney Spears’ conservatorship hearing 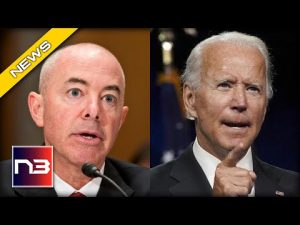 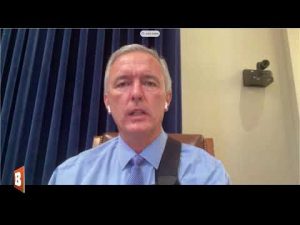