Even Stricter Lockdowns Are Coming & They Are Going To Be Extremely Devastating For The U.S. Economy

Even more strict government-mandated lockdowns are coming, and the result of it will undoubtedly be catastrophic for the beaten U.S. economy. The health “advisory board” of the new administration has announced plans to shut down the entire economy for up to 6 weeks starting on January 2021.
Right now, amid a spike in registered cases, many states are already imposing more restrictive regulations to limit the operations of local businesses and, of course, they are also witnessing a growing number of permanent closures, bankruptcies, and lay-offs.
But as of January, the situation is going to get much worse. Struggling businesses won’t stand a chance and the labor market’s wounds will only get more inflamed. By contrast, a recent study has graphically shown that no meaningful results have been achieved from lockdowns and leaders shouldn’t be jeopardizing entire economies with the enaction of such ineffective measures. In this video, we analyze how the second round of groundless lockdowns is about to devastate what’s left of our economy.
When the health crisis burst earlier this year, a panicked response was to institute lockdowns all over the nation. The result of it was the worst economic meltdown ever experienced, one that even exceeded the damages of the 1930’s Great Depression.
Over 60 million Americans were suddenly pushed out of their jobs and filed claims for unemployment benefits. A massive wave of business bankruptcies and permanent closures decimated the once-imposing U.S. economy. And in spite of all of that, there wasn’t a significant contraction in registered viral cases.
Back then, the fearful response that led to widespread business shutdowns was understandable considering the circumstances. But as things settled a little bit more, and it became possible to see how the restrictions hurt the economy. Yet, even after seeing the devastation previously suffered, the new administration disclosed to have plans to shut everything down once again.
Perhaps, by seeing what is going on in states that are already instituting a new round of lockdowns, something could change. Although the new health advisor’s recent statements have given us reason to believe this will be our inevitable fate.
Last Wednesday, Governor Andrew Cuomo announced new restrictions for New York. In the state, the number of new cases reported daily has quadrupled over the past month. Now, all bars and restaurants are required to close doors at 10 p.m., following in the same footsteps of New Jersey’s vigorous action against nightlife, which also has limited indoor gatherings to 10 people.
New York has become the state with the tightest restrictions in response to the second wave of viral infections, and the trend has been expanding across the country. For instance, Maryland’s Governor Larry Hogan and California Governor Gavin Newsom also announced plans to enact tighter restrictions in the coming weeks. In Illinois, authorities are limiting the functioning of several business sectors, while in California, half of its counties might need to tighten restrictions over the next week.
Consequently, a tsunami of job losses is ravaging the labor market. At the present day, the U.S. unemployment rate is at 26.3 percent, and more lay-offs are being announced on a daily basis. For example, Exxon has informed that they will be letting 14,000 workers go by the end of the year, Disney has communicated that they will be laying off thousands more workers.
Even financial institutions that are commonly known for managing their budgets and finding alternatives other than massively furloughing employees during hard times are now announcing plans to substantially cut their staff. A recent forecast found that the financial industry will see its headcount fall by 10% by mid-2021, especially since lockdowns enhanced the home office trend and it will become even more complicated to find a job under these circumstances.
However, a very intriguing report out of JPMorgan that analyzed lockdowns around the world found no meaningful curve development differences between countries with and without strong curve intervention.
The results of the study made the bank conclude that lockdowns and social distancing measures aren’t actually that effective and the existing public health intervention to remain in place next year should focus on economic/public mental health over the urge to close the curve.
But knowing that the representatives that are about to take over the White House seem to have learned nothing from our previous experience, we will soon find ourselves again in the middle of a horrifying economic depression.

Georgia Lt. Gov. Duncan on the state of the Senate runoffs 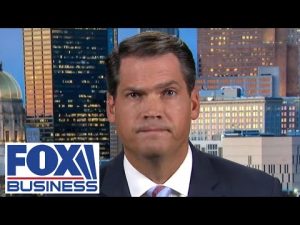 Georgia Lt. Gov. Duncan on the state of the Senate runoffs 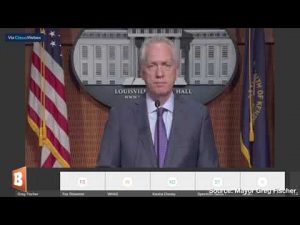 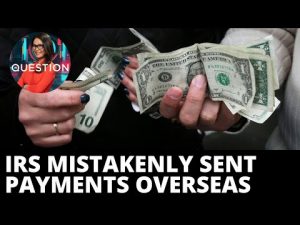