Right after the burst of the sanitary outbreak, a federal eviction moratorium was put into place to avoid the massive displacement of American renters amid a ravaging health crisis. The order has prevented landlords from evicting millions of tenants that were behind on their rent payments. On the other hand, all the rental debt accumulated since then didn’t go away, and tenants are expected to pay for it at some point. Conversely, small landlords were sent to the brink of financial ruin after the measure was implemented, and many filed lawsuits against the moratorium, alleging it wasn’t legal while also questioning CDC’s authority to issue such a decree.
Housing experts started to sound red alerts for a massive homelessness crisis in case the order expired or was removed, which prompted the government to extend the moratorium twice. However, last week, a federal judge in the Eastern District of Texas named John Campbell Barker finally heard landlords pleading, and now it’s official: the moratorium was ruled unconstitutional, which means a tragic eviction tsunami is about to start. That’s what we’re going to expose in this video.
Last Thursday, John Campbell Barker, a judge in the Eastern District of Texas, issued the 21-page ruling responding to a lawsuit from a group of landlords and property managers. “The federal government cannot say that it has ever before invoked its power over interstate commerce to impose a residential eviction moratorium,” Barker wrote in his decision, remarking that it did not do so during the Spanish Flu health crisis or during the Great Depression.
Although the order has helped millions of Americans to stay housed throughout the health crisis and one of the toughest winters ever recorded in all U.S. history, it also caused acute financial distress for many landlords, especially those who run small and mom-and-pop properties. Nearly half of the 49 million rental units in the U.S. are owned by individuals, who usually offer more affordable housing alternatives inside their own communities.
Such small landlords have been particularly hard-hit by the consequences brought on by the health crisis, having to bear an enormous financial burden and left to deal with a responsibility that should have been properly addressed by the government. They are essentially at risk of losing their properties or having to face foreclosure since they have become unable to keep up with their mortgage payments. In that way, they are also on the brink of losing their main asset and their primary source of income.
At the same time, the real estate crisis has also been fueled by businesses’ rental debt, with many filing for bankruptcy since they couldn’t make enough revenue to afford their maintenance bills. That is to say, the tsunami of bankruptcies happening since the burst of the crisis is directly impacting the real estate sector just as well, and according to several experts, the worst may be yet to come.
Recent data exposes that while in 2019 there were 5,236 Chapter 11 filings, last year there were 6,917, which is roughly 30 percent higher than any of the previous four years.Considering bankruptcy filings underscore other signs of economic pain, researchers with the firm explained that the circumstances might get much more troublesome over the next months. Bankruptcies resultant from the 2007 financial crisis didn’t peak until 2010.
The record low-interest rates that kept the markets heated and enabled the formation of several bubbles in the housing and stock markets, may undergo a fast increase as the economy reopens in the second half of 2021. As we mentioned in previous videos, chaos has returned to Wall Street as overly-inflated stock prices are finally being confronted by our bleak economic reality. Last Friday, the Dow declined another 469 points.
Multiple investors can already feel that a whole lot more pain is coming, that’s why they already began another major sell-off of Big Tech stocks and started to pursue safer assets. As our economy in the process of crumbling all around us, and a stock market crash is imminent, while the housing market bubble is quickly expanding, and, more worryingly, a considerable part of our population may lose their homes and inevitably enter a poverty spiral that could lead them to financial ruin, we can’t afford to ignore the early warning signs to the next “trigger events” that will hit us in 2021 and beyond. Unfortunately, the troubles experienced in 2020 were just the beginning, and we still have enormous challenges ahead of us.

AOC flips out with the NYPD rolls out new technology

ENOUGH! Here’s what 5 Oregon counties are doing to fight antifa 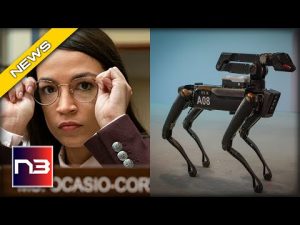 AOC flips out with the NYPD rolls out new technology 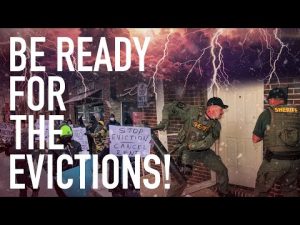 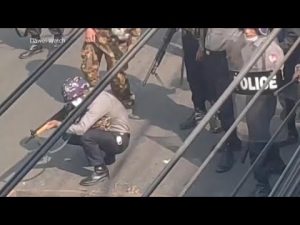